'The concept of iteration, in which each unique action is simultaneously new and old, is at the heart of ceremony.’ Hetti Perkins

Curated by Arrernte and Kalkadoon woman Hetti Perkins, in collaboration with National Gallery curators, Ceremony showcases 18 new bodies of work by 38 First Nations artists from across the country.

Perkins says: ‘Ceremony is not a new idea in the context of our unique heritage, but neither is it something that belongs only in the past. In their works, the artists in this exhibition assert the prevalence of ceremony as a forum for artmaking today in First Nations communities.”

‘In each ceremonial action, artists make an individual mark in our history. Ceremony is the nexus

of Country, culture and community, and the 4th National Indigenous Art Triennial is another stitch in a timeless heritage,’ says Perkins.

The expansive exhibition across the National Gallery site includes works in the National Gallery Sculpture Garden, Fern Garden and on Lake Burley Griffin and brings together a diverse range of artists working in a variety of art forms including sculpture, painting, ceramics, moving image, photography and more.

Dancer and choreographer Joel Bray has developed a new screen-based work that explores his embodied relationship to Country as a queer Wiradjuri man. In a first for the renowned Papunya Tula art centre, Mantua Nangala has created a major new triptych depicting a significant ancestral women’s site near the salt lake Wilkinkarra/Lake Mackay in remote Western Australia.

Artists from the Yarrenyty Arltere and Tangentyere Artists collectives have collaborated in Mparntwe/Alice Springs to create a soft sculpture in the form of a Blak Parliament House – an Aboriginal take on Australia’s political heartland.

Wiradjuri researcher, artist and architect Joel Spring reflects on the ongoing impact of colonisation and the cataclysmic impact of recent bushfires across the east coast of Australia in his architectural intervention, untitled (winhangarra).

Wiradjuri artist and writer S.J Norman will present his Bone Library installation, and, over the opening days, the artist will inscribe cattle and sheep bones with Walgalu words to interrogate the impacts of colonisation on culture and Country.

National Gallery Director Nick Mitzevich said that since the National Indigenous Art Triennial was established in 2007 it had become one of the most important exhibitions for First Nations art, artists, and culture in Australia.

‘Ceremony, the fourth iteration of the National Indigenous Art Triennial curated by one of the nation’s most respected curators and cultural voices Hetti Perkins, continues the legacy of First Nations excellence seen throughout its history,” he said.

‘Importantly, we continue to find new ways for the Triennial to reach the widest possible audience and bring First Nations art and culture into the lives of all Australians. The exhibition will tour the country and, for the first time, for the National Gallery, a digital publication will bring the stories of the artists and their art to a global audience.’

Mitzevich thanked the many supporters that had made Ceremony possible, particularly the National Gallery’s Indigenous Art Partner, Wesfarmers Arts. 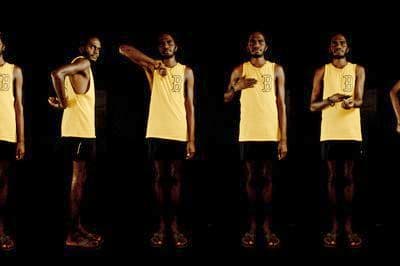