Ed Kienholz is famous, or indeed infamous, for the sardonic and often explicit installations that he created with his wife and collaborator, Nancy Reddin–Kienholz. Using found objects, the pair assembled confronting scenes that attacked the duplicity of post–war America’s social climate and forced the viewer to question their own moral standards. The scenes are uncompromising in their portrayal of sex, derisive in their treatment of war, and painfully honest in their depiction of human fragility.

A self–taught artist, Kienholz was born in Washington in 1927 and worked extensively in relief sculpture before shifting his focus to large assemblage in the 1960s. He created one such installation in the Gemini GEL car park in 1971. Five car stud depicts a racially motivated attack on a black man discovered drinking with a white woman in his pickup truck by six white men.

The pickup truck purchased for use in the installation had the name ‘Sawdy’ written on the door, and Kienholz used this name in two series of multiples created after the completion of the installation project. A series of car doors, through the window of which the Five car stud tableau can be seen, was created in 1971 and the National Gallery holds one of the edition of 50 doors in its collection. Kienholz also created a series of number plates based on that of the pickup; the work Souvenir licence plate for Sawdy is featured in the Kenneth Tyler Collection.

Browse all works by Edward Keinholz

1957 Co-founder with Walter Hopps of the Ferus Gallery, Los Angeles

1977 Co-founder with his wife of The Faith and Charity in Hope Gallery, Hope, Idaho Included in Venice biennale, Italy

1981 Acknowledges collaboration with his wife in all his subsequent work; included in exhibition, 1981 Biennial Exhibition, Whitney Museum of American Art, New York 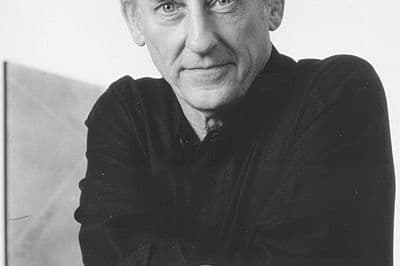