Bruce Johnson McLean is a member of the Wierdi people of the Birri Gubba Nation of Wribpid (central Queensland). He is currently the Barbara Jean Humphreys Assistant Director, Indigenous Engagement at the National Gallery of Australia. Bruce was formerly Curator of Indigenous Australian Art at QAGOMA.

He has also been part of the curatorial team for the Asia Pacific Triennial of Contemporary Art (APT), 2018–19 ‘GOMA Q: Contemporary Queensland Art’ 2015, ‘Land, Sea and Sky: Contemporary Art of the Torres Strait Islands’ 2011, 'Story Place: Indigenous Art of Cape York and the Rainforest', 2003 and the Contemporary Australia series. In 2002 Bruce was awarded the NAIDOC National Aboriginal Youth of the Year and he is a songman, dancer and yidaki (didgeridoo) player.

Ian is a member of the Dharabuladh (Therabluat) clan of the Gundungurra people, and a mixture of Irish heritage. He is the grandson of the late Aunty Dawn Colless who was awarded the Australian Centenary Medal (a Federal award to honour people who have made a contribution to Australian society or government), and chosen to be a torchbearer for the 2000 XXVII Olympiad in the Blue Mountains.

Ian is a graduate of Newtown High School of the Performing Arts (NHSPA) and holds a Bachelor of Fine Arts from Queensland University of Technology’s, (QUT) Creative Industries, a Bachelor of Arts (1st Class Honours) from Edith Cowan University’s Western Australian Academy of the Performing Arts (WAAPA), and a Masters of Arts (1st Class Masters) from New York University’s (NYU) Steinhardt School of Culture Education & Human Development. At NYU he completed an Independent Study and designed a curriculum, through full-time study, coursework and participation with the American Ballet Theatre (America’s National Ballet Company) and observation of The Jacqueline Kennedy Onassis School (NYC). He is a recent graduate of Harvard Business School’s Executive Education’s Strategic Agility Program.

He has been a Choreographer in Residence at NAISDA Dance College (Australia) and an Artist in Residence at Performing Arts Forum (PAF) (France) and the Banff Centre for Arts & Creativity (Canada).

At Arts NSW (formally known as Create NSW) Ian was involved in implementing stage two of the NSW Aboriginal Arts & Cultural Strategy (2015–2018) into the sector. He was the Director and Facilitator of the Custodianship Program, involved in designing this cultural leadership program for the Australia Council for the Arts, and led the development of the Council's First Nations Digital Culture & Arts Strategy to be implemented in the coming months.

Tina Baum is from the Gulumirrgin (Larrakia)/Wardaman/ Karajarri peoples of the Northern Territory and Western Australia with Japanese, Chinese, Filipino, Scottish, and German heritage and was born and raised in Garramilla/Darwin. She has over 30 years’ experience working with Aboriginal and Torres Strait Islander artists and Communities within Museums and Art Gallery’s throughout Australia and has worked at the Queensland Museum, Meanjin/Brisbane; the Museum and Art Gallery of the Northern Territory, Garamilla/Darwin; and the National Museum of Australia, Kamberri/Canberra. She is the Curator of Aboriginal and Torres Strait Islander Art at the National Gallery of Australia in Kamberri/Canberra since 2005.

Tina curated the Emerging Elders exhibition in 2009, Defying Empire: third National Indigenous Art Triennial in 2017 at the NGA and the Ever Present: First Peoples Art of Australia international exhibition in 2021. She has widely published in national and international magazines and publications including exhibition catalogues and journals.

Tina has a passion for learning and sharing First Peoples cultural knowledge and representation through the arts, histories and Indigenising/de-colonising voices, perspectives and truth telling. She also has a passion for the Cultural care, identification, connection/reconnection, documentation, and co-management of First Peoples collections within Galleries and Museums in Australia and internationally.

Kelli Cole is a Warumunga and Luritja woman from central Australia and curator of Special Projects for the Aboriginal and Torres Strait Islander Art Department at the National Gallery of Australia, Canberra. She has worked on major projects at the Gallery since 2007, including the National Indigenous Art Triennial in 2007 and 2012, 2018, 2021 and assisted in the development of the Aboriginal and Torres Strait Islander galleries in 2010.

She has written on various aspects of Indigenous art for Gallery publications, including the magazine Artonview, and for the 2014 special Indigenous issue of Artlink, and the 2020 September edition of the Australian Vogue magazine, which showcased artist Betty Muffler an Aṉangu Pitjantjatjara Yankunytjatjara (APY) Lands in South Australia.  Kelli has curated several exhibitions including Alive and Spirited 2015. She was employed as a consultant curator at the National Museum of Australia and curated Unsettled: Stories within an exhibition showcasing five leading First Nations artists, responding to the National Museum of Australia’s major exhibition, Encounter 2016. Kelli co- curated Resolution: new Indigenous photo media travelling exhibition and Body Language exhibition 2019.

In 2020 Kelli worked with Tjanpi Desert Weavers and commissioned the major installation Kungkarangkalpa (Seven Sisters) 2020 and curated the Seven Sisters exhibition currently on display in the KNOWMYNAM exhibition. She is presently working on the 4th National Indigenous Art Triennial: Ceremony with Hetti Perkins which open at the National Gallery of Australia in November 2021.

Aidan Hartshorn is a Walgalu man of the Ngurmal Nation, situated in the foothills of the Snowy Mountains region in New South Wales. Aidan was raised by his parents who are both of colonial and Indigenous decent.

In his final year of secondary education Aidan was one of a small number of students selected from the New South Wales Higher School Certificate to have his artworks shown in the 2013 Art Express Exhibition at the Art Gallery of New South Wales, Sydney. From here Aidan took a period away from the arts, learning more skills working with sculptural mediums and in 2016 he enrolled in the Australian National University School of Art and Design headed by Denise Ferris. Joining the sculpture department, Aidan found a passion for crafting objects that were tied to his dual cultural background and other interests. In 2019 he completed his tertiary education – the first in his family to do so – gaining a Bachelor of Visual Arts majoring in Sculpting.

Later in 2019, Aidan participated in the National Gallery's Indigenous Arts Leadership Program, and after completion was selected as the Wesfarmers Assistant Curator at the National Gallery of Australia. Through the program, Aidan joins an incredible cohort of Indigenous curators, educators and leaders who ensure that First Nations presences are held within cultural institutions. 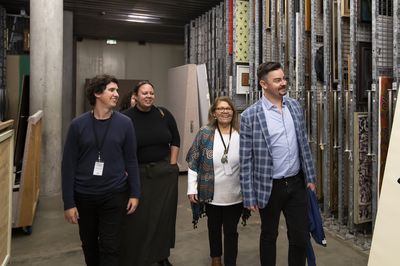 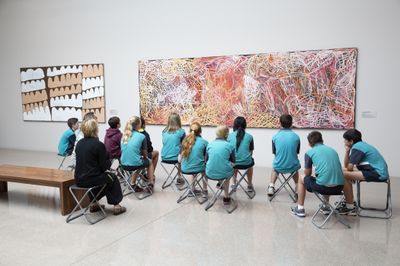 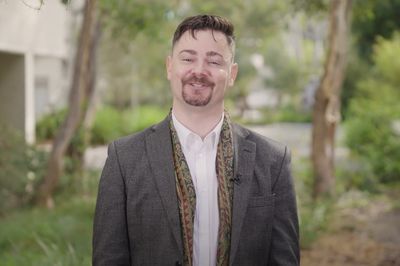 First Impressions
The Early History of Lithography – A Comparative Survey 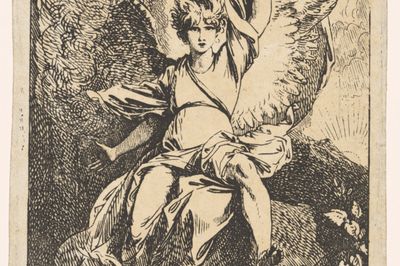 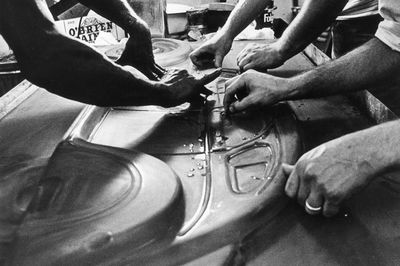 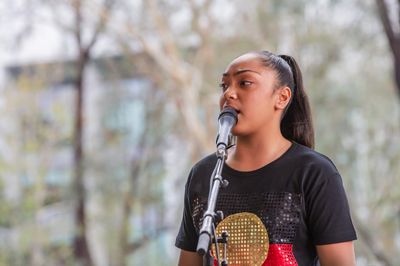