Mardayin means sacred law and refers to all things within the realm of the sacred, including objects and emblems, events, totemic species and places. It is also the name of a ceremony in which men dance at a secret place and the older men reveal their clan's sacred objects to the younger men. In the public part of the ceremony men and women dance together and girls learn the women's dances. This ceremony can also be performed to farewell an old person who is close to death, or to commemorate an important person who has died.

Mardayin is rarely performed in Western Arnhem Land now in favour of ceremonies which emphasise wider regional groups. The two hollow logs made by John Mawurndjul for The Aboriginal Memorial, however, relate to the Mardayin.

Kuninjku artists draw upon traditions of body painting in their work, filling the whole surface with abstract, mainly geometric, fields of cross-hatching (rarrk) or portraying a single animal or ancestral figure in the centre of a plain ground, and filling its body with rarrk.

Some elements of Mawurndjul's designs in the hollow logs shown here map the country, showing water, waterholes and sites. More specific meanings, however, are restricted to initiated clan members who learn the significance of the design and its specific relationship to an ancestral site or event through ceremonies.

One hollow log depicts two birds kaldurrk, the blue-winged kookaburra (Dacelo leachii), and ngukbak, the spangled drongo (Dicrurus bracteatus). Both birds, especially the kookaburra, are associated with the Mardayin ceremony. 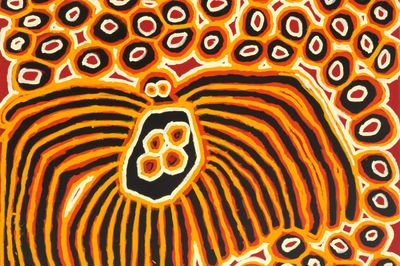 Learn from seven themes that highlight a selection of exhibition artists who explore culture, history, life, identity, and truth telling. 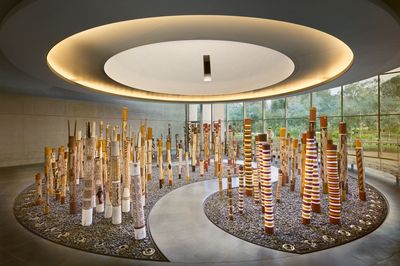 'The Aboriginal Memorial' is an installation of 200 hollow log coffins commemorating all the Indigenous people who, since 1788, have lost their lives. 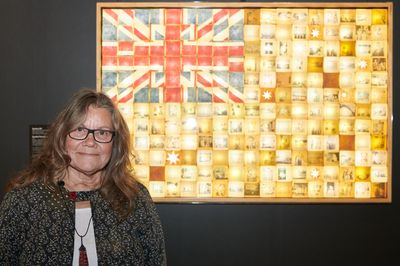 Students across the country are invited to join us online to experience Ever Present: First Peoples Art of Australia. 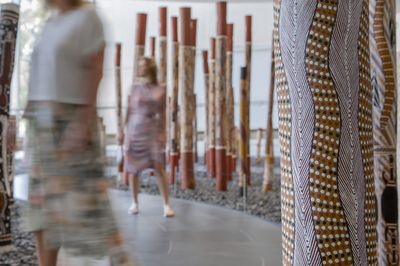 The history of The Aboriginal Memorial, an installation of 200 hollow log coffins from Central Arnhem Land. 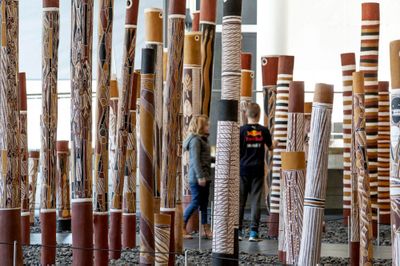