Make a collage Captain no beard with artist Daniel Boyd – download the pdf activity sheet to try it yourself!

"Captain no beard was painted in 2005 while I was studying painting at Canberra school of art. It was made in response to the colonial master narrative and how history is taught in schools. As an Indigenous person I wanted to reinterpret this iconic image and share my perspective, to try and shift the dominant colonial narrative and cultural bias. This body of work (the no beard series) looked at icons of Australia’s colonial past particularly around the establishment of the colony of NSW. I am interested in the language of portraiture and it’s use to educate the new colony and reinforce this narrative throughout the British Empire. People have been taught to look at the original portraits and see captains, kings, governor and sir’s. I just see thieves and pirates." 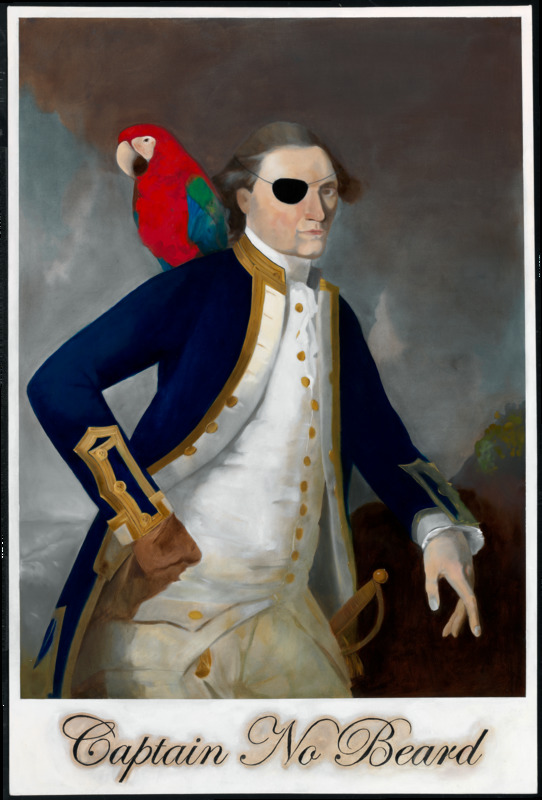 One of Emily Kame Kngwarreye’s crowning achievements, ‘The Alhalkere suite’ embodies the desert country of her birth. More from For Kids & Families

Celebrate Patricia Piccinini's skywhale family and sing your heart out with animated karaoke of Jess Green's song, We are the Skywhales. In this Art Family, we take you on a creative journey with the Cologne School and focus on the theme of celebrating with friends and family.