Hi. My name is Elspeth Pitt and I’m Curator, Australian Art at the National Gallery. I’d like to acknowledge the Ngunnawal and Ngambri peoples who are the custodians of the land on which I live. For our blind and vision impaired audiences I’ll self-describe. I am a pale-skinned woman wearing a black top. Behind me is a work by my friend, the artist Patrick Heath. Today I’m going to speak briefly about Ewa Pachucka’s Landscape and bodies, 1972, which is being presented in Know My Name: Australian Women Artists 1900 to Now, an exhibition which is one of the largest presentations of art by women assembled in Australia to date. So, here we go.

Lockdown has left me feeling like Ewa Pachucka’s sculpture: equal parts languid and deflated; in possession of a slightly softer body; pale-skinned to the point of translucency. Lately, screens have been a saviour, but over time they induce a kind of hysteria that comes from being caught between images that are one dimensional and devoid of the felt and sensorial. As I run my eyes over an image of Pachucka’s sculpture as I would hope to run my hand, a weird empathy kicks in. I’m intrigued by the bodies. Where are they? Why are they asleep? Are they trapped inside, too?

In a recent article about this work, the Australian art historian Susan Best described it as a mysterious pastoral scene. This description struck me as rare, since the impulse of the historian would ordinarily be to explain, not submit, to the secretive or even unknowable nature of an object. But as her article progresses the mysteries compound. Best comments on how unusual it is that a pastoral scene, typically the subject of painting and poetry, has been applied to sculpture. She remarks on the unconventional manner of the work’s production, its forms knitted and crocheted from hemp and sisal, not cut from wood, or cast in bronze. She also questions what has made the figures fall asleep, and notes that when the sculpture was first exhibited at Rudy Komon Gallery in 1972 it occupied a dimly lit room, as through its figures were condemned, eternally, to dusk. I send an image of the sculpture to friends who, like me, find it compelling but unsettling. Our shared response makes me think of the writer Mark Strand when he says, ‘…We live with mystery, but we don’t like the feeling ... We feel we have to know what things mean, to be on top of this and that … [But] That attitude is far from poetry.’

Like poetry, which distils words into resonant images, Pachucka dissolves the boundaries along which art is typically defined to make powerful works that reverberate beyond their immediate physical forms. She makes sculpture not of stone or wood, but, ingeniously, from fibre, and she transforms the ostensibly domestic art of crochet into something bold and unexpected. As her work grew more complex throughout the 1970s, she achieved what she described as ‘an illusion of reality’, later stating that she tried to master her ability with fibres because ‘… this material is more human than marble or wood … to me it looks more like flesh.’ There is always a curious alchemy in her approach. In an interview with Diane Blackwell in 1972 she affirmed that ‘Mystery is very important in art’.

Born in Poland in 1936, she studied at the Lublin Art College and at the Lodz Academie of Fine Art in the mid-1950s. In the late 1960s, she began developing a body of woven sculpture. Her arrival in Sydney in 1971 coincided with the rise of second-wave feminism, and with a revival of fibre arts that privileged off-loom, sculptural weaving. For Pachucka, weaving was also connected to authenticity. She said, 'I build forms laboriously with a crochet hook … in this world of ours where 'instant' is 'promoted', art being no exception, I find satisfaction in this technically unaided function'. In 1974, she was photographed in her McMahons Point home by the artist, Carol Jerrems, for A Book about Australian Women, a project undertaken with the journalist Virginia Fraser that documented the lives of a broad cross-section of women. But Pachucka avoided the eye of Jerrems’ camera and crouched among paintings that mirrored the bulbous, knobbly forms of her woven sculptures.

While there are only a handful of her works held in public Australian collections, all are monumental. Landscape (1974), held in the Powerhouse collection, is a vast weaving that portrays the Manly seashore, its ‘mounds, patterns … curves’ and ‘small holes resembling … tunnels left by burrowing marine animals’. Landscape and bodies (1972) and Arcadia (1972-77), respectively, held in the National Gallery and Art Gallery of New South Wales collections, are both sprawling, figurative scenes that were intended to evoke a sense of theatre. Roman Wall (1982), commissioned for the Australian Archives building in Hobart, summons a fragile ruin rising from dust, trembling, and suspended in space.

As Susan Best notes, Pachucka is an artist still relatively unknown to a broad public and is one ripe for reassessment. Over the following months the National Gallery will delve more deeply into her life and art, so keep an eye on her artist page, linked here (Ewa Pachucka) over the coming weeks. 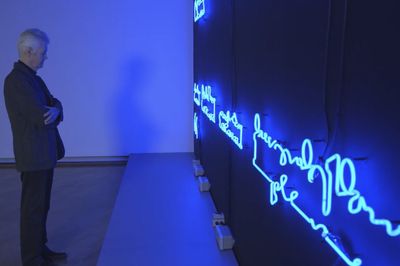 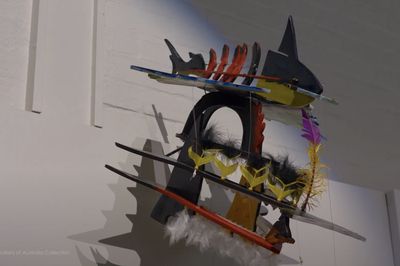 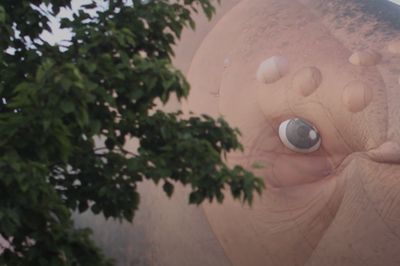 On a magical misty morning in December 2020, Skywhalepapa arrived in Australia and was welcomed by Skywhale. 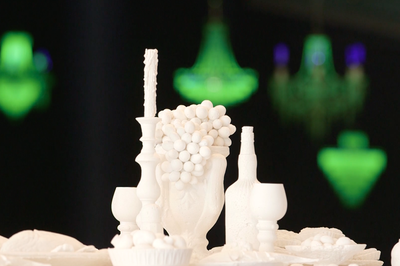 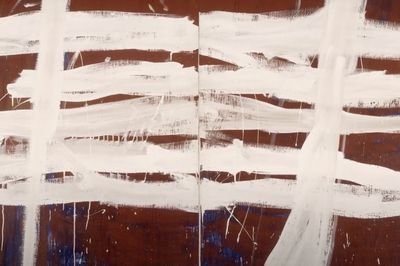 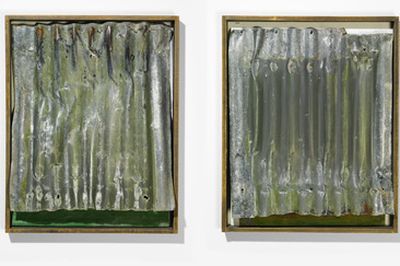 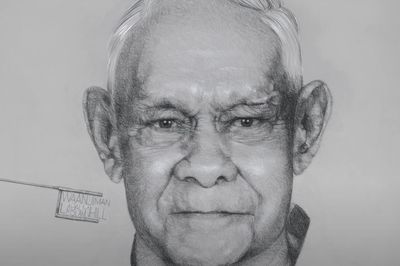 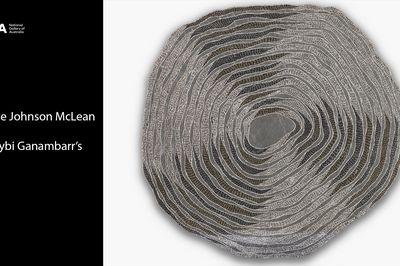 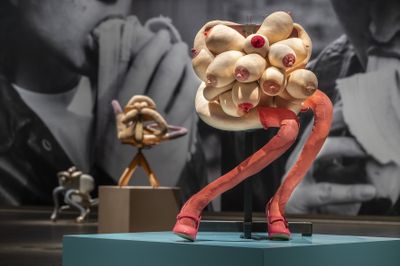 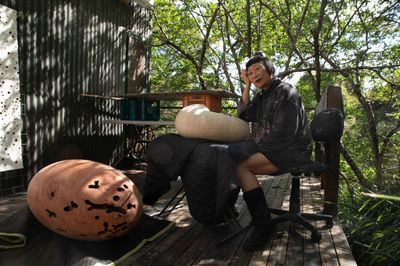 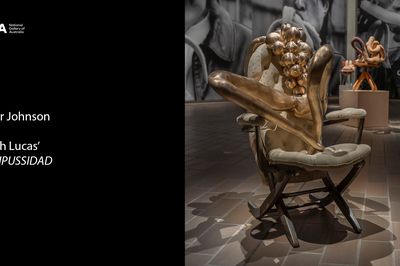 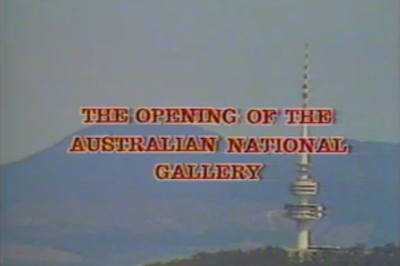 This ABC-produced video documents the near ten-year construction of the Gallery and the official opening by Queen Elizabeth II on 12 October 1982. 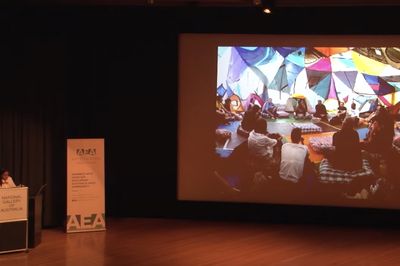 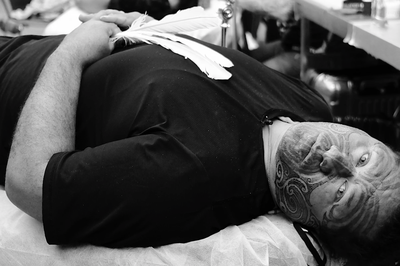 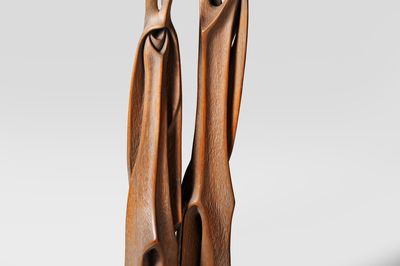 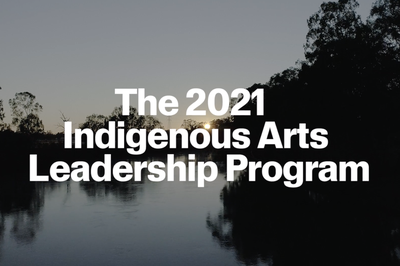 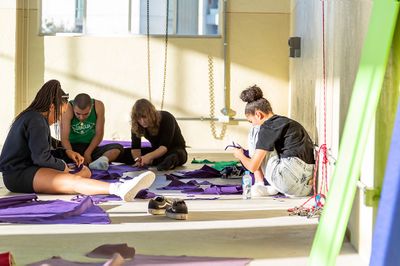 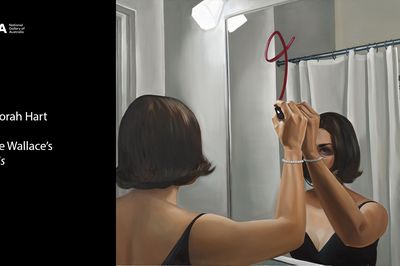 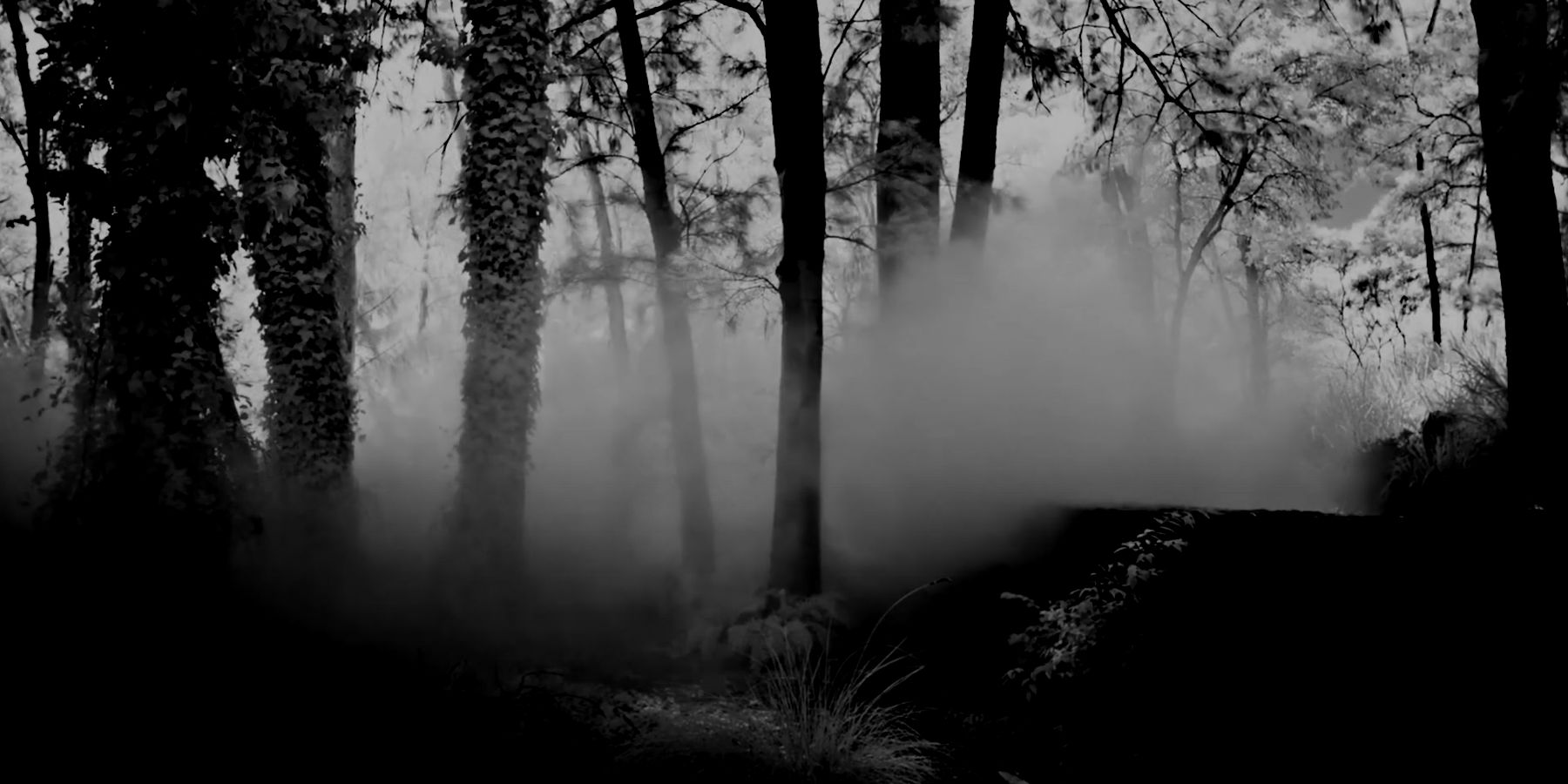