"When a fellow gets on a bit, he begins to see things in his own individual way." - Hugh Ramsay, Letter to Dr. John Ramsay, 11 September, 1898 This paper explores Hugh Ramsay's art practice based on documentary research and technical examination of Ramsay's paintings in the collection of the Late Nell Turnbull, one of Ramsay's nieces, with some reference to his works in the Ian Potter Museum of Art, including painting manuals he owned and annotated that were gifted to the Potter by Patricia Fullerton. An assiduous student - hungry to learn and keenly observant, Ramsay refined his drawing and painting skills melding the principles he had learned with his own vision. His draughtsmanship built strong foundations for his paintings, executed with an economy of gesture and geometry and a fidelity to tone and colour. While fellow students were in awe of his 'Fatal Facility', an allusion to his speed at the easel, Ramsay's thoughtful attention to detail is revealed in many aspects of his work. Whether he was re-working a composition, choosing colours or building up layers, Ramsay made his mark through a considered approach within his practice. In addition, being as prolific as he was and with a strained purse, he got as much mileage from his materials as he could – a number of his canvases sport more than one composition. This presentation looks at some of his methods and materials, offering glimpses of his development from early works to what is considered his last self-portrait. 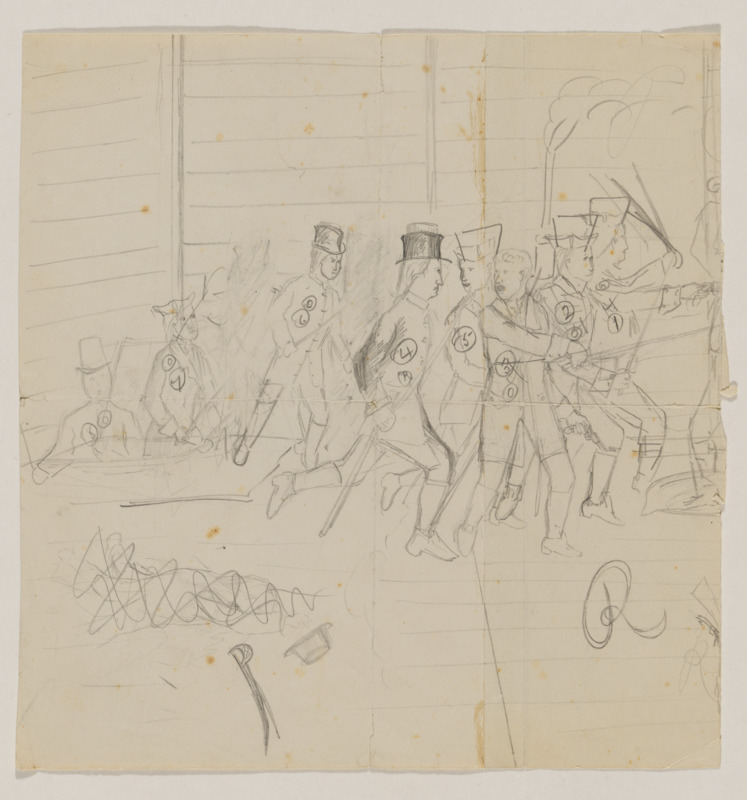 not titled [Sketch for watercolour "The gunpowder plot"].
(1890) In Collector's Paradise artist Joan Ross asks us to think about museums as places that keep, acquire, and classify objects. Hans Heysen at the National Gallery of Australia Directed by Alison Chernick, this new documentary explores how the purchase of this masterpiece heralded a new era of art in Australia.