Lucina Ward explores Robert Hughes’ close connection to the Gallery and how his approach to Modernism and internationalism influenced the formation of the national collection.

'Probably the best introduction to modern art available … Hughes’ descriptive manner has a refreshing urgency and energy.' – The Sunday Times

The Shock of the New offered an account of the development of modern art in the twentieth century and, in turn, how Modernism impacted on the broader world. Robert Hughes’ ideas — delivered in an erudite and pithy style — were highly provocative and influential. Over eight episodes, The Shock of the New explored the impact of technology, two world wars and mass media on major movements such as Dada, Surrealism, Expressionism and Pop, drawing innovative connections between art, world events and ideas. As Hughes explains in the first episode, his eight thematic essays 'look at ourselves and our century through the lens of its art'.

Hughes had a close association with the National Gallery and its first director James Mollison — a shared approach to Modernism and internationalism inflects both the writer’s projects and the early formation of the institution. The two men met in the 1960s when Mollison worked with Max Hutchinson at Gallery A — Hughes exhibited his own work at the short-lived Canberra branch of Gallery A in 1965 — and all three were later instrumental in negotiations towards the purchase of Jackson Pollock’s Blue poles from Ben Heller for the Gallery in 1973. The Gallery holds two landscapes by Hughes from the period, the gouache acquired from Hungry Horse Art Gallery, Sydney, where he showed regularly at the time.

In 1976, Hughes presented The Collection, produced by the ABC, outlining the Gallery’s history, acquisitions and activities to date — touring the storage facilities with Mollison, he reviewed a nucleus of 'exemplary objects' from the Americas, Africa, Asia, Europe and the Pacific, the 'seminal years of Modernism' and international art since the 1950s, as well as the more encyclopaedic Australian collections rewriting art history. As he passed the Tiepolo ceiling to watch Blue poles being uncrated, Hughes described its impact — the eye travels into an 'exquisite web of paint' as though pushing 'into a forest, discovering layer upon layer of space and detail – as strictly organised as a Uccello, a formal minuet of energy'. In Blue poles, Hughes concludes, it is the playoff between the canvas’ huge size and the care inflect by the artist in its 'every inch' that makes the painting so absorbing — 'one of the two or three supreme works of Pollock’s career, a feat of lyric invention'.

In his introduction to The Collection Hughes also put the Gallery in the context of Canberra, one of the world’s 'ideal' planned cities about which he was so scathing. In episode four of The Shock of the New, Trouble in utopia, explores the 'pervasive modernist belief that ideal abstraction, mainly in architecture, would provide a solution to some of the world’s problems, and how this illusion arose'. Hughes singles out Brasilia for his most extreme criticism: 'I used to think that Canberra was the boring national capital on Earth. But compared to Brasilia, at least as it was in 1979, Canberra was like Belle Epoque Paris'. The Gallery building, then just emerging from its foundation, was mired in delays rivalling those of the Sydney Opera House. Finally completed in 1982, Hughes observed wryly, 'What an impressive building — makes even Blue poles look like a postage stamp.

Although Blue poles is the only work from the National Gallery collection to appear in The Shock of the New – described as sort of 'abstract Tiepolo' with 'the same kind of airy, light and spritely drawing' — Hughes addresses many common artists, related works or those from series, and ideas about contemporary culture. With a heavy emphasis on European and Anglo-American traditions, Hughes’ account omits the work of many artists of diverse backgrounds, women and minorities. And even though notions of modernity have been scrutinised in the four decades since the series was first broadcast, The Shock of the New and its associated publications are remembered for highly sophisticated layering of text and images, and for bringing modernism to a broad public.

Here are works from our collection that connect with episodes from the series as told by Hughes in The Shock of the New.

'Fernand Leger wanted to make a public style of cubism, a popular art, images of the machine age for the man in the streets. He was the son of a Normandy farmer, an instinctive socialist who became a practising one in the trenches of World War I … Metal or flesh, it made no difference. Leger painted the body as though it were made of interchangeable parts, like machinery … To him, society as machine meant harmony, an end to loneliness. His best paintings are among the great didactic images of French classicism … Leger’s vision of human relationships working as smoothly as a clock with the binding energy of desire transformed into rhymes of shape.'

Episode 2. The powers that be

'To be modern in Berlin meant to be engaged in a theatre of politics in a city torn by shortages and every other kind of post-war misery, as the left battled the centre and the right for possession of the streets. … Expressionism was already a strong thread of protest against war and authority in German art but Berlin Dadaists wanted a more realistic and sardonic tone of voice. They wanted an art of the billboards and the streets, not one of confession and self-searching. … The best political collagist among the Dadaists was a woman named Hanne Hoch whose acrid little images from the 1920s ARE Weimar. She was never sentimental, never a party tub-thumper and being a woman, she has regularly been written off as a minor artist. That she was not and for a vision of a world that was at the same time clear, estranged, bleakly funny and poisoned at the root, nobody could touch her.'

'The essential Impressionist, Monet was to trees and grass and wind what Renoir was to women’s skin. His waterlily pond at Giverny was as artificial as painting itself. It was flat, as a painting is. What showed on it, the clouds and lily pads and cat’s-paws of wind, was caught in a shallow space, just on the surface, like the space of painting. The willows touched it like brushes. No foreground, no background – a web of connections. Monet’s waterlilies were a slice of infinity. In them, emptiness matters as much as fullness, reflections have the weight of things. To seize the indefinite, to fix what is unstable, to give form to sights so complex, so nuanced, that they can hardly be named. This was a basic project of Modernism. It went against the smug view of reality that materialism gives us. And it could only be developed in a context of visual pleasure. No distractions.'

'De Stijl was Dutch for ‘the style.’ … As a group, it didn’t last long but, the half dozen artists and architects in the movement were very clear about their aims … they wanted to be international men and art could supply the model for this frame of mind. Down with frontiers, up with the grid. A new world of lucidity would rise from the wreckage of World War I. No curved lines, masonic rectitude, De Stijl was against the individual and for the collective and the universal. … It laid out a general grammar of shape for every visual art, [and its most se vere rebukes] to the pleasure-seeking body were made by a Dutch designer called Gerrit Rietveld. His chairs are considered classics because they go far beyond ordinary functionalist discomfort. The human body for which it was reputed to be made simply doesn’t exist. Insofar as it ever was designed to accommodate a human bottom, that bottom is a platonic solid existing somewhere out in the ether but never made flesh.'

Episode 5. The threshold of liberty

'The best painter amongst the Surrealists, Miro, grew up in this landscape south of Barcelona. His work is a free lyrical mixture of folk tales, eroticism, sardonic humour and absurdity.… The creatures are laid out flat and bright, one by one, as in one of the Romanesque frescos of northern Spain … This is a metamorphic landscape, everything in it can become something else. Miro had the range of a man who owns all his sensations and is ashamed of none of them. And he set forth his immense vitality with a diction of pure, flat colour that almost no other modern artist except Matisse had used with such mastery. In the twilight of his work, Miro is probably the last great national painter of the twentieth century, a Catalan to the fingertips.'

Episode 6. The view from the edge

'Some of the greatest images in modern art come from the tranquil assurance that however abstract you may get, there is no break between human culture and the natural order. The high priest of this feeling was the son of a Carpathian peasant. His name was Constantin Brancusi. His studio is sacred to tools and to the beauty of the marks that they make. Coming out of a strong craft background, Brancusi knew the nature of his substances very well — the qualities of bronze, timber, marble, limestone, plaster. He wanted his sculpture to have as substance the same perfection that his subjects had as organisms. It looks as timeless and as perfect as a new laid egg. Brancusi wanted to find the most compressed form that still contained the subject. Not geometrical, always organic … In every piece, the tightest possible image. For Brancusi nature was pure and clearly defined.'

'The human extension of the glut of images is celebrity and Andy Warhol was the artist who understood this best. Warhol loved sameness and in the early 1960s his subversive desire to be a machine, to print, to repeat which was the most cunning sort of dandyism. … Warhol’s autistic stare was the same for heroes and heroines. … And like American TV in the '60s, the violence Warhol enjoyed got filtered through a cool, indifferent mediums — photography and silk screen. … The Death and Disaster paintings have one subject in common. Not just death, rather the state of being an uninvolved spectator. The eye passes them, like that man passing in the background. What this added up to was one piercing insight about the nature of media. But that was it. It could be done over and over again but not developed further as art. The idea had a half-life, like a radioactive isotope. It sent out a lot of radiation in the ‘60s, and then it became feeble. And then dead. Boredom finally became boring.'

Episode 8. The future that was

'Perhaps the last major artist to think art could influence politics is a German, Joseph Beuys, a former Luftwaffe pilot whose happenings and manifestos and general celebrity as a Pied Piper of youth politics have turned him into a strangely anomalous figure — a protestor against the German establishment whose work is invested in by half the bankers in West Germany … Beuys’ answer to the political decline of the aesthetic avant-garde was to define art as ‘any kind of being or doing’, rather than specifically making, and then to designate the whole social fabric, politics included, as what he called ‘a social sculpture’.' 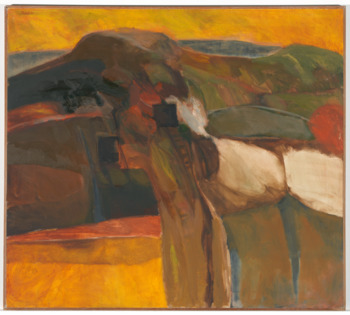 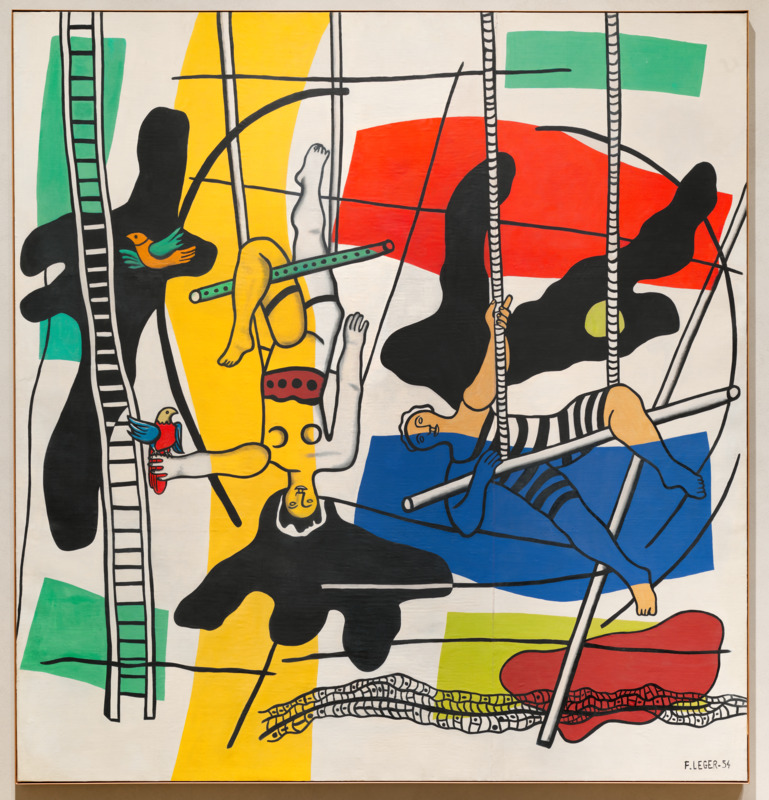 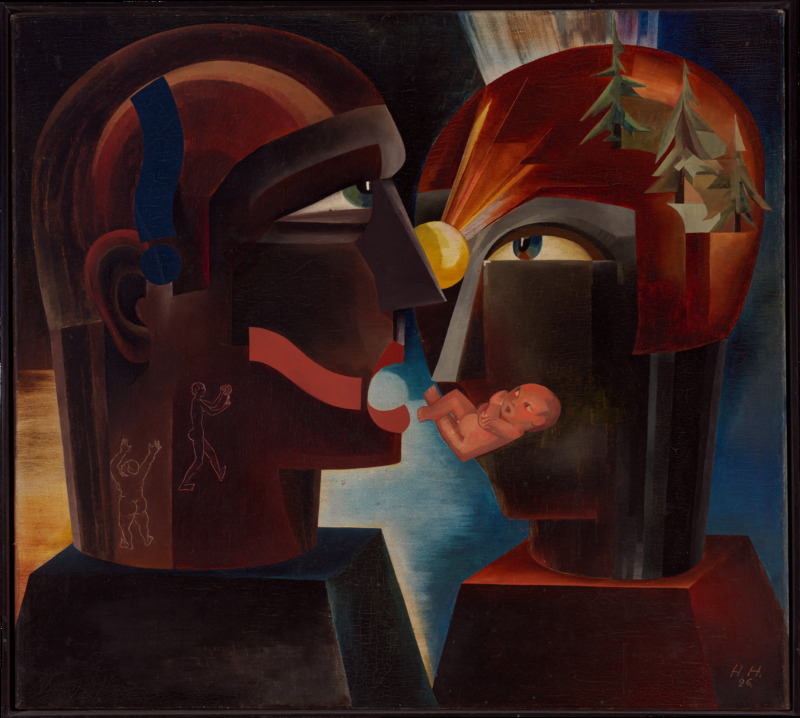 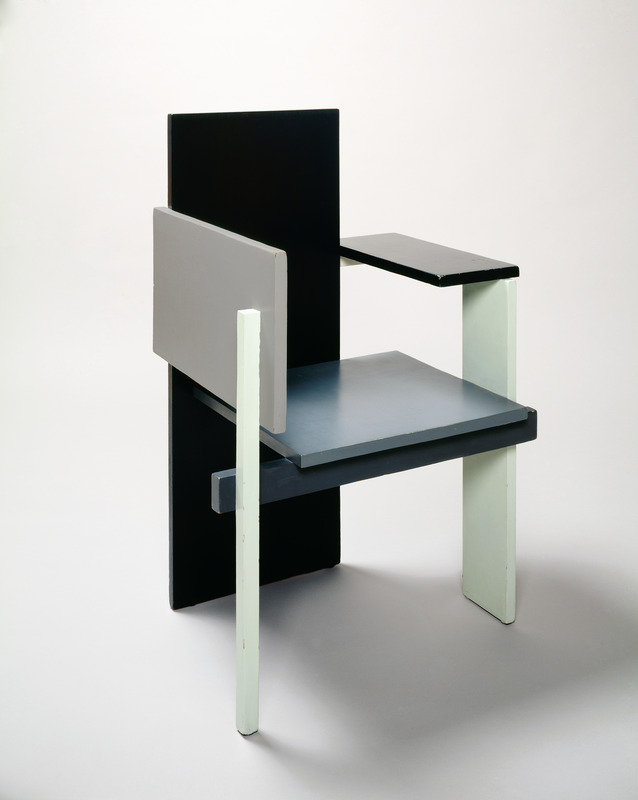 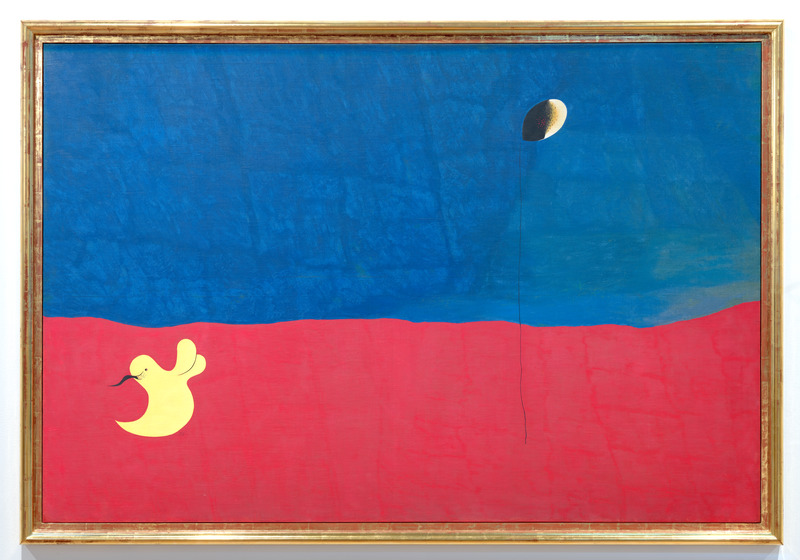 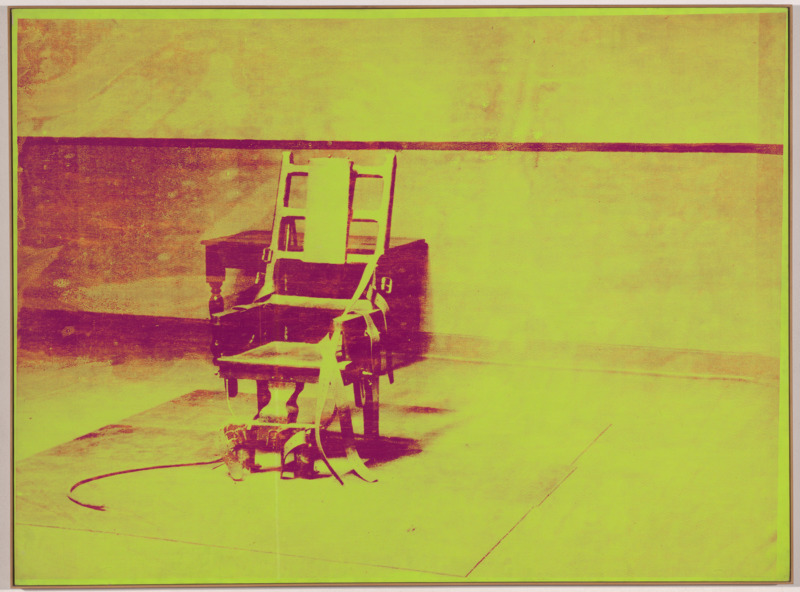 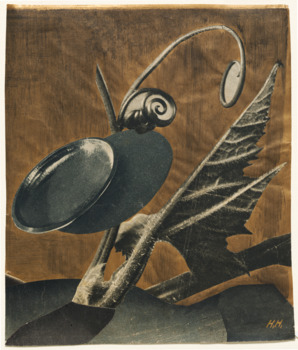 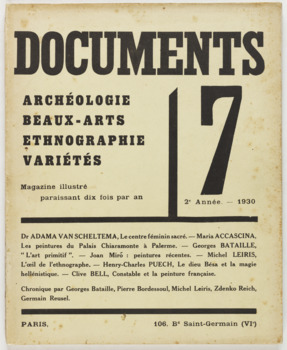 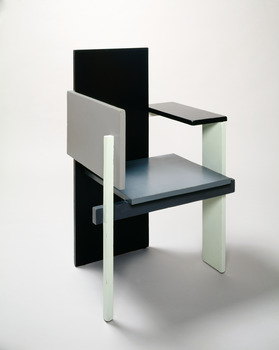 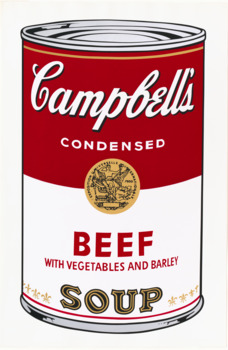 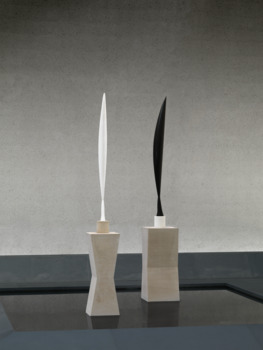 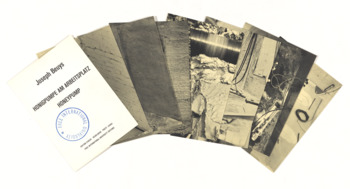