It was with great sadness that the National Gallery received the news of the passing of long-term supporters James and Elaine Wolfensohn. Heartfelt condolences are extended to their family on behalf of the Director, staff and all those in the Gallery’s community who were touched by their generosity.

James and Elaine were passionate and committed advocates for children and education and understood the power of the arts to enhance learning. James and Elaine were quick to support the National Gallery of Australia, which opened its doors to the public in 1982, and contributed to the establishment of the National Gallery’s Foundation as part of a national and international group of ‘Founding Donors’.

In 1988, the Wolfensohn Family Foundation generously donated funds to enable the National Gallery of Australia to buy museum-quality works of art that were suitable for an Australia-wide tour. In 1990, Elaine and James Wolfensohn made a significant gift that enabled the establishment of three art-filled touring suitcases, as well as the acquisition of the 1888 Melbourne Cup, all of which have travelled across the nation and the world for thirty years.

Elaine and James continued to support the National Gallery of Australia’s Art Cases program until 2016 and, in so doing, ensured that the Art Cases have been able to be experienced by 750,000+ children and adults in 782 venues across Australia. Venues have ranged from nursing homes, preschools, primary and secondary schools, centres for people living with a disability, remote Indigenous centres and larger regional and metropolitan galleries and libraries. This beloved program sits at the heart of the National Gallery’s touring program and brings untold joy and wonder to participants of all ages.

In 2006, Elaine and James supported the National Gallery Art Cases to travel to the Australian Embassy in Washington DC, as well as nine other schools and learning centres across the United States. Elaine visited the suitcases when they were at the Embassy and was able to experience first-hand the delight the program brought to so many people as she was escorted through the exhibition by a student from a local primary school who enthusiastically shared their experiences and learnings.

Deeply passionate and committed to early childhood development and gender equity, both Elaine and James were supporters and advocates for those causes ever since James’s term as President of the World Bank, making them a priority in their philanthropic endeavours and community advisory work. In addition to this work, James and Elaine founded the Wolfensohn Centre for Development at the Brookings Institution in 2006, a think tank which sought to alleviate poverty and support youth – both lifelong concerns of their work and philanthropy.

James and Elaine were both, together and separately, dedicated supporters and advisors on numerous boards from art organisations, including the New York-based American Friends of the National Gallery of Australia, to education services. They were incredibly passionate about the potential for art education to change the hearts and minds of children who experienced art in person and supported the causes they felt would further this aim.

The outstanding contribution and legacy of James and Elaine Wolfensohn is respectfully acknowledged by the National Gallery of Australia, its governing Council, Foundation Board, and the Board of the American Friends of the National Gallery of Australia. James and Elaine Wolfensohn will be warmly remembered for their incredible impact in the education and artistic communities of Australia and the United States. 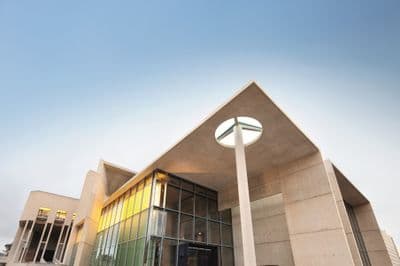 View the National Gallery's Council and Foundation Board members. The National Gallery Research Library and Archive aims to enhance access to information by researchers, particularly to unique information.