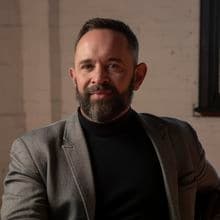 Building on the lessons learnt during 2019, the Declaration recognises “the importance of Indigenous languages to social cohesion and inclusion, cultural rights, health and justice, and highlights their relevance to sustainable development and the preservation of biodiversity as they maintain ancient and traditional knowledge that binds humanity with nature”.

The National Gallery has long been a place of great cultural significance for Aboriginal and Torres Strait Islander art but, increasingly, we must also be a place that values First Nations culture more holistically. During the Decade of Indigenous Languages the Gallery will make a concerted effort to embrace, promote and empower Indigenous languages and their speakers. Locally, we will work with members of the Ngunnawal and Ngambri communities – who both have connection to Country within which the Gallery exists – to identify a range of opportunities for renaming our programs and spaces, acknowledging our place within their Country. As a national institution, the National Gallery will also work with Indigenous language speakers and knowledge holders across the nation to ensure that their languages are respected, valued, embraced and celebrated within our spaces as an integral part of our core business.

In recent years, Indigenous languages have featured ever more prominently throughout the Gallery’s exhibition program. The display Belonging: Stories of Australian Art began with Berceuse, a video installation by Christian Thompson featuring a haunting lullaby sung in his Bidjara language. Christian's introduction to a space grappling with the weight of Australian national myths and narratives played out through art history is a powerful statement given his Bidjara language has only recently been brought back from the cusp of extinction through community action and reclaimative practices. Indeed, Bidjara, like many Indigenous languages, was violently removed from the mouths of its speakers through government policies directed at monolingualism and monoculturalism. Today, we don’t have to travel very far to hear a diverse range of languages spoken within any major Australian town or city. It is within this newly found and necessary embrace of multiculturalism and multilingualism that Indigenous languages are being valued and spoken once more.

Established in 2007, the flagship exhibition series National Indigenous Art Triennial was the first large-scale curated exhibition series dedicated to contemporary Aboriginal and Torres Strait Islander art and artists. Today it remains the only non-prize exhibition series of its kind at a major gallery in Australia.

Next year's fourth edition of the Triennial, Ceremony, profiles many artists working with the languages of their homeland, bringing the language of their families, communities and Country to national and international audiences. Language has always been embedded in the conceptual and cultural frameworks of much First Nations art, but in recent years language itself, through text, spoken word or explicit conceptual framing, has become an increasingly important current within contemporary First Nations art practice.

Robert Andrew is a Brisbane-based contemporary artist with familial connections to Yawuru Country, around Rubibi (Broome) in Western Australia. Something of a self-taught robotic engineer and conceptual artist rolled into one, Robert creates and programs machines that perform his art in an exhibition space. His spray machines shoot jets of water that etch a surface painted white with ochre underneath. As the mechanical performance unfolds, letters appear and words are revealed. Often the word ‘Nganga’, the Yawuru word for language itself, emerges in rich red ochre from his Country, symbolising the inseparability of language and Country for First Nations people.

S.J Norman, a diasporic Koori artist of Wiradjuri descent, also uses Indigenous languages in his conceptual, cross disciplinary work. S.J's Bone Library sees the artist at work in the exhibition space engraving an ‘extinct’ Indigenous language onto the bones of introduced cattle and sheep. Bone Library makes the connection between settler-colonial pastoralism, displacement of First Nations from their land and the loss of Indigenous language through this process.

For Ceremony, S.J has worked with members of the Walgalu community, from the Brungle and Tumut area west of the Brindabella Range, to inscribe Walgalu language onto cattle bones from the same Country. The act of connecting the project with local community allows viewers to understand that these issues have impacted and continue to affect Aboriginal people locally and allows local or regional Indigenous language to infiltrate the institution.

Kaurna artist James Tylor recently spent six months working with the National Gallery to develop a Glossary of terms looking at the dual use of traditional Aboriginal language with place names and redefining colonial terms. This Glossary has been applied to several exhibitions and catalogues.

For Ceremony, James has produced a new series of daguerreotypes entitled The Darkness of Enlightenment, in which he uses the historical photographic technique to present images of Kaurna Country with little to no supporting material or documentation. Here, James speaks to the erasure of Kaurna language through acts of intentional ignorance, where images of Kaurna Country and Kaurna objects were collected without accompanying Kaurna knowledge to give proper contextual understanding of them. In instances where details were documented, this was invariably done in English, with a very rudimentary understanding of Kaurna language or First Nations worldviews, and they therefore hold many misunderstandings. James highlights the lack of accurate documentation in the historical records which are at once holes in his cultural inheritance and in the national understanding of Kaurna language, knowledge and worldview.

Gutiŋarra Yunupiŋu’s work brings an even lesser-known element of Indigenous language to light through his use of Yolngu matha sign language. Throughout the continent, sign languages were an integral part of communication between Aboriginal people. With hundreds of languages and thousands of smaller dialects coexisting within Australia, regional sign languages were crucial tools for communication in trade and at ceremonial gatherings, and in situations where speech is forbidden or unnecessary. Today, non-verbal communication remains an important element of Indigenous conversation, even where formal understanding of Indigenous sign languages has been eroded or erased. In Yolŋu communities in northeastern Arnhem Land, Yolŋu Sign Language (YSL) has remained relatively strong (although is recognised as an endangered language) and is a vital means of connection for Deaf Yolŋu to participate in Yolŋu society and ceremony. For a young, profoundly Deaf artist like Gutiŋarra, YSL has also become an artistic tool through which he communicates to the world.

His films are autobiographical, often explaining how he relates to the world through his use of YSL, but also serve as something of a living document of the language that celebrates its continued existence through its contemporary application by young Yolŋu people.

An important on-site project by Dr Aunty Matilda House and Paul Girrawah House will see the National Gallery’s Sculpture Garden grow cultural roots into local Ngambri and Ngunnawal Country through murruwaygu, the process of ceremonially or ritually scarring trees. Murruwaygu is grounded in an understanding of place, practice and language, and the interdependencies of these elements. Paul has conveyed that murruwaygu is the Wiradjuri word/concept used to describe incisions, which can be understood as the marks or tracks of a travelling object. The term can also be used to describe the following of a path, or to trace the path of those who have come before.

Kamberri/Canberra is home to many historic scar trees, found in almost all areas of undeveloped bushland, which stand in evidence of the existence of Ngambri and Ngunnawal peoples within these spaces who have taken resources from trees in sheets of bark to make coolamons, canoes or shields. Throughout colonial-settler history, Ngambri and Ngunnawal people have continued this practice but, for the most part, out of sight of the broader public, away from metropolitan Kamberri/Canberra. In recent years Paul has begun a process of removing sheets of bark from eucalypts in the Parliamentary Triangle area and carving designs into the scars to assert his sovereign right to continue his traditional practices on his traditional lands. Here, Paul makes visible the continued existence of Ngambri and Ngunnawal people, culture and art within the metropolitan areas of the national capital and speaks to the truth that all land, whether urban, regional or remote, is Aboriginal land.

We are privileged to be able to support Dr Aunty Matilda and Paul in bringing their artistic and cultural practices to our space, truly acknowledging the thousands of years of artistic practices that have existed on the site of the National Gallery and ensuring these marks will be seen, understood and valued for many years to come.