One of the National Gallery’s longest and most important collecting relationships, with printmaker Kenneth Tyler, was forged before the Gallery had even opened. Featuring 78 artists, from Roy Lichtenstein to Helen Frankenthaler, the collection includes more than 7400 works of art and 120,000 archive photographs. David Greenhalgh — Assistant Curator, Kenneth E Tyler Collection, Prints and Drawings — shares how it all came to call the Gallery home.

From the late 1950s onwards, the most extraordinary changes occurred in American printmaking. The medium was everywhere and yet nowhere; the commercial applications of print were inescapable in daily life, but print workshops for artists, particularly lithography workshops, had nearly disappeared from the cultural landscape. The reasons for this were both material and cultural. Previous generations of printmakers had adopted new commercial methods of production and subsequently disposed of their rare and valuable lithography stones, which had become garden pavers or the bedrock for newly built freeways.1 At the same time, artists eschewed printmaking, since the medium’s reproducibility and association with commerce meant that many artists saw it as less authentic and of a lower value.

But change was in the air. In Los Angeles, the artist June Wayne, aware of lithography’s decline in the US, established Tamarind Lithography, a workshop that would almost single-handedly revive this dying artform. With the assistance of the Ford Foundation, Wayne invited artists to collaborate with a new generation of trainee printmakers. She arranged for these printmakers to be taught by Garo Antreasian, an Indianapolis artist who had taught himself lithography, alongside visiting European master printers, such as Pablo Picasso’s printer Marcel Durassier. Among the apprentice printers was Kenneth Tyler, the son of Hungarian migrants, who had decided to upturn his life working for Chicago’s steel industry to pursue a new career in the arts at the age of 32.

Tyler had previously shown great talent as an artist but had to forgo his arts education after being conscripted into the Korean War in 1952. Originally intending to become a jeweller, Tyler fortuitously met Antreasian in Chicago and was captivated by the soft, porous lithography stones he was working on, and so joined him at Tamarind Lithography, where he embarked on important research into the materials and technologies available to printers at the time. Extending his knowledge of the medium, Tyler swiftly rose to the role of artistic director of the workshop but found himself increasingly at odds with Wayne, who would restrict artists to conventions that best suited Tamarind’s role as a training institution. This drive to innovate compelled Tyler to strike out on his own, establishing a small studio, Gemini Limited, in the back of a framing store in the heart of Hollywood. Tyler quickly began to design new hydraulic lithography presses that could achieve larger images with flat consistent colour, dragging lithography from its historical status as a handmade craft into the twentieth century, with what curator Judith Goldman would call ‘a future-oriented industrial aesthetic’. 2

In a previously unpublished statement from 1970, Tyler remarked:

Opening in 1965, Gemini Limited adopted an artist-led philosophy. Instead of confining projects to the restrictive traditions of printmaking, Tyler actively sought artists that would ‘make demands on the medium’4 and looked to engineer the solutions to their creative ambitions. Joining with business partners Stanley Grinstein and Sidney Felsen in 1966, the workshop was renamed Gemini Graphic Editions Limited, becoming a publishing house. With Tyler as master printer, Gemini created prints drastically changed the scale and ambition of lithography. Notable examples include Jasper Johns’s 1969 Color Numerals series, mechanically inked in a spectrum of colour with translucent whites, and Robert Rauschenberg’s Booster 1967, the largest hand-pulled lithograph at the time. The technical achievements of the workshop established Tyler as ‘the most renowned and influential master printer’5 of the time.

But misfortune would befall the workshop, as relations began to break down between Tyler and the new directors, Grinstein and Felsen. As Tyler drafted in a letter in 1973:

'I am writing this letter to you with a great deal of difficulty and with considerable sorrow… I am now at the point where I am no longer employed by Gemini and am in no position to affect the technical and aesthetic qualities of the prints being produced.' [6]

Leaving Gemini, Tyler looked to establish a new workshop to continue his ambitious program of artist collaborations. Such an endeavour was costly and forced Tyler to consider auctioning off one impression of each editioned work he had produced to raise the funds. Word began to spread of this upcoming sale and reached the Australian-born, New York-based art critic Robert Hughes. Hughes, aware that the Australian National Gallery was beginning an ambitious program to build a national collection, contacted the founding director, James Mollison, to alert him to Tyler’s auction. Hughes saw this as an ‘important opportunity for Australia to gain a collection of modernist, especially American prints’.7 When the surrealist painter James Gleeson (then the head of the Acquisitions Committee) learnt of Tyler’s print collection, he is said to have exclaimed: ‘Buy the whole damn thing!’8

In December 1973, Mollison met Tyler in New York with the objective of calling off the auction by purchasing the entire collection. The significance of Australia’s newly established National Gallery owning the entirety of Tyler’s output became apparent to them both. It would become a collection of prints that no other gallery could replicate, and the prospect of continuing the collecting relationship into the future could provide a complete vision of a remarkable shift in American art of the twentieth century.

'The impact the Gemini prints will make in this country is something I am sure you do not realise. Items which looked spectacular to us when we saw them in America have in isolation taken on a weight and importance.' [9]

Over the years, their correspondence continued, with the Gallery continuing to purchase the output of Tyler’s new workshop, Tyler Graphics Limited on America’s east coast. The collecting was sporadic until 2001, when Dr Jane Kinsman, the National Gallery’s Head of International Art, made a major acquisition that would grow the Tyler Collection to more than 7400 works. Containing prints by celebrated artists such as Helen Frankenthaler, David Hockney and James Rosenquist, this addition continued to tell the story of the evolution of contemporary printmaking. To supplement the works of art acquired, Tyler decided to gift his archive, including supporting documents that trace in minute detail the technical accomplishments of the works, to the Gallery. This archive also contains more than 120,000 photographs and hundreds of hours of film that capture the artists and printmakers at work. Dr Kinsman’s research background working with archaeologist Arthur Dale Trendall to identify ancient Greek vase painting gave her the foresight to recognise the value of such archival documents to understanding print history. 10

The National Gallery’s Kenneth Tyler Collection forms a near-complete record of one of print history’s major turning points, born from a collaborative relationship between Tyler and successive gallery directors and staff. As Mollison noted, the Tyler Collection will ‘affect the future course of printmaking in this country’.11 That belief is shared by current Director Nick Mitzevich, who affirms that ‘the relationship between the National Gallery and Tyler is one of the most important in the institution’s history’.12

Reaching for the stars
Lindy Lee Commissioned to make her first immersive public sculpture for the Gallery's 40th anniversary, we sat down with Lindy Lee to talk art, life and loss. Stories, art & events: Join us in our 40th year as we look back on the past four decades and forward to the next. Lucina Ward explores how Robert Hughes’ approach to Modernism and internationalism influenced the formation of the Gallery's national collection. Keith Sonnier’s Video Still Screen series are a celebration of static and of how information flows may be altered.

Know My Name: A new chapter With the launch of Know My Name in 2019, the National Gallery celebrates radical, revelatory, diverse and overlooked art by women. Director Nick Mitzevich reflects on 40 years of the National Gallery. 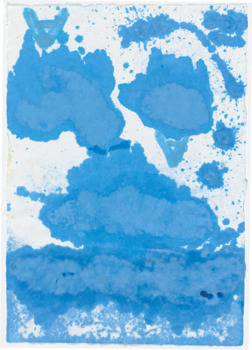 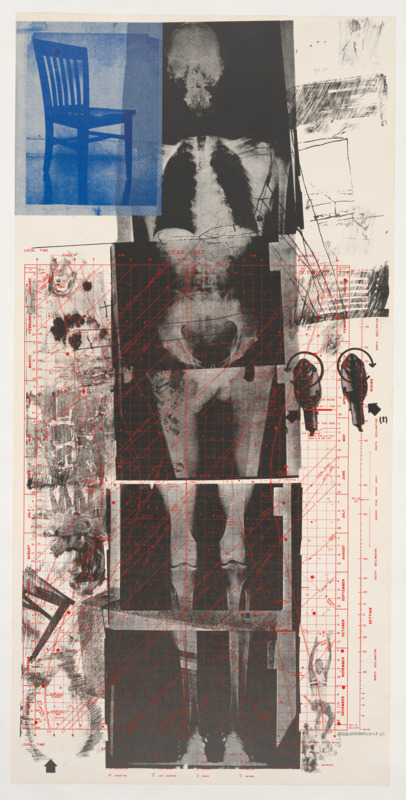 Booster; from Booster and 7 studies
1967 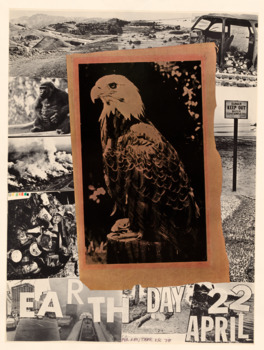 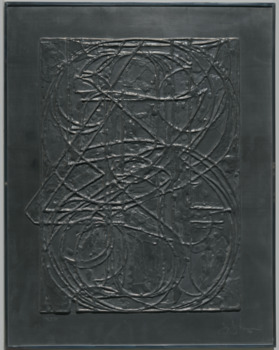 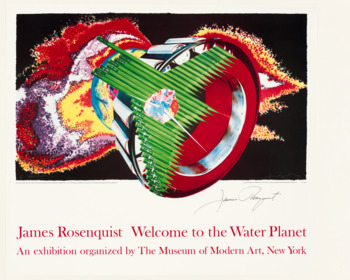 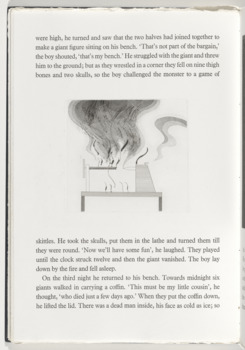